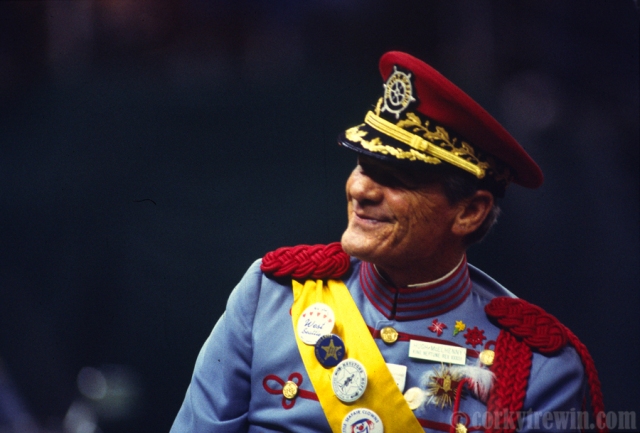 University of Washington running back and 1970 NFL Hall of Fame inductee Hugh McElhenny presided over the 1979 Seattle Seafair activities as “King Neptune Rex”. McElhenny ran the ball for the Huskies in the early ’50’s prior to being drafted in the first round by the San Francisco 49er’s as the ninth overall pick where he was nicknamed “The King” for is dominating rushing style.