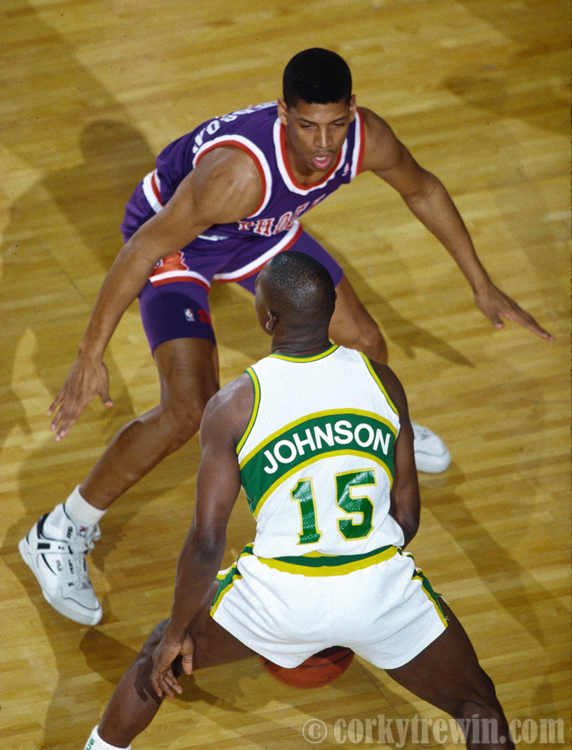 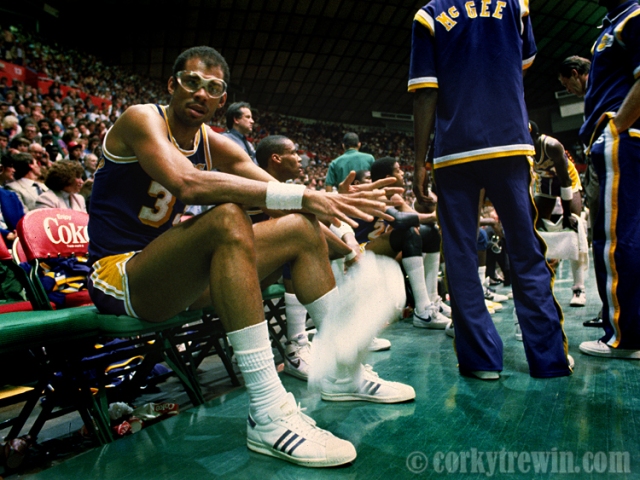 The Los Angeles Lakers were defined for 14 seasons by the play of Kareem Abdul -Jabbar from 1976 to 1989 as he lead the Lakers to 13 consecutive playoff appearances, five NBA titles and four league MVP awards. Abdul-Jabbar finished his career with 38,387 regular season points, tops in the NBA. 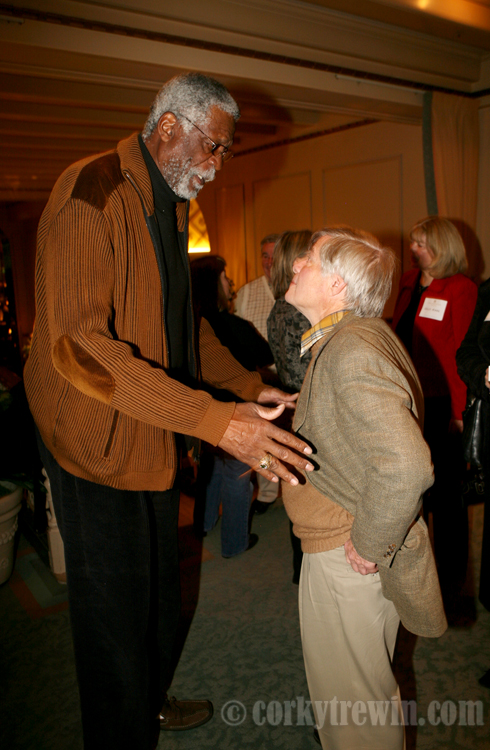 Bill Russell and Bob Walsh have shared nearly 40 years of globe trotting experiences together since arriving in Seattle in 1973 to run the Seattle SuperSonics. Neither Bill nor Bob would ever allow the perception of an obstecle to waylay their desire for success. 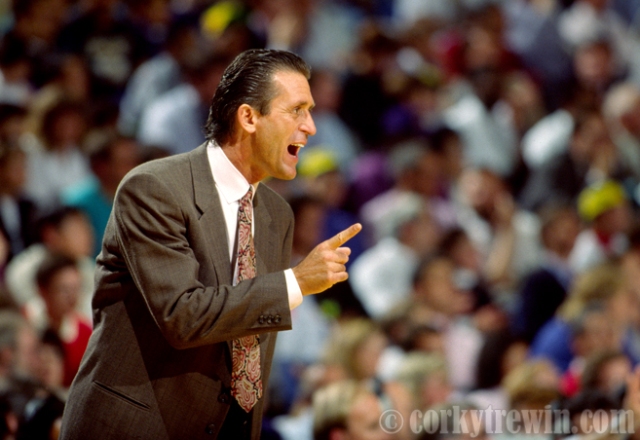 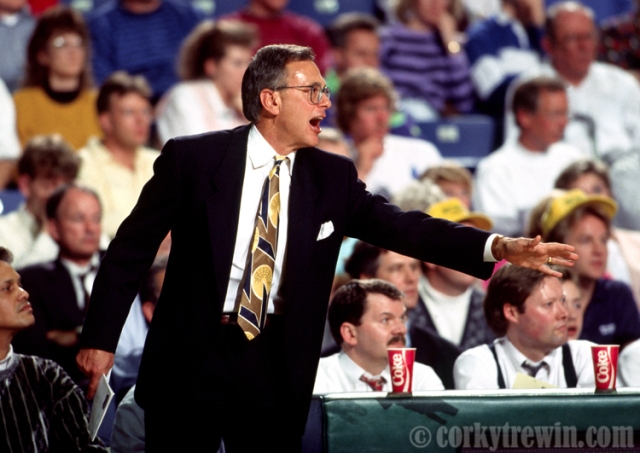 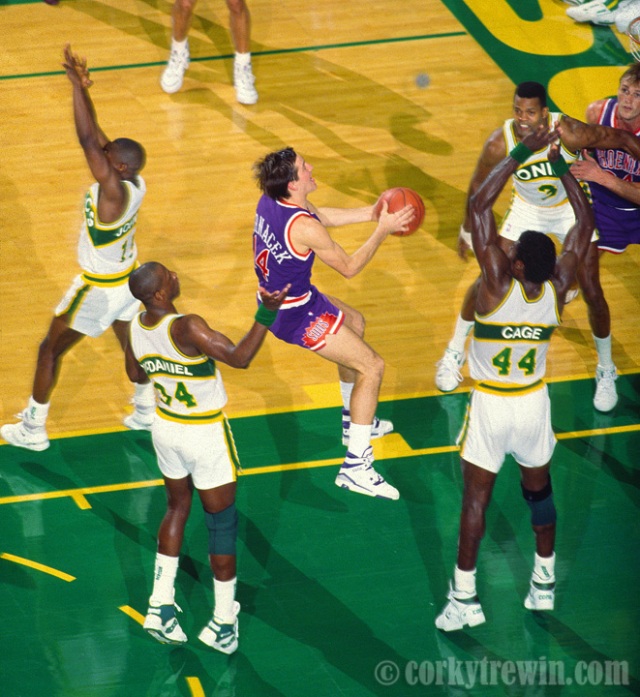 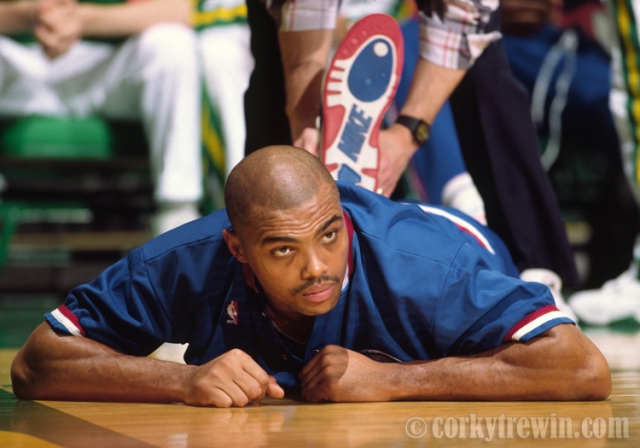 Philadelphia 76ers forward Charles Barkey gets his pregame stretch prior to the December 27, 1989 game with the Seattle Supersonics. The Sonics defeated Barkley and the 76ers 110-106. 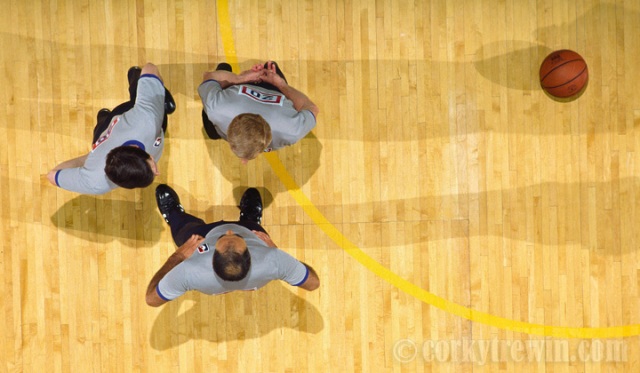 NBA referees confer during a time out during a 1989 Sonics game. This image was made from a vantage point high in the center truss in the Seattle Center Coliseum. 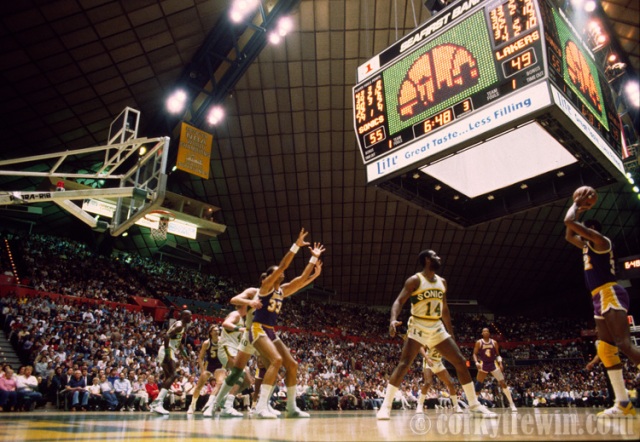 After a six-year run calling the King County Kingdome  its home court, the Seattle Supersonics returned to the Seattle Center Coliseum for the 1985-86 season. They scored a 86-85 win over the Los Angeles Lakers on March 29, 1986.